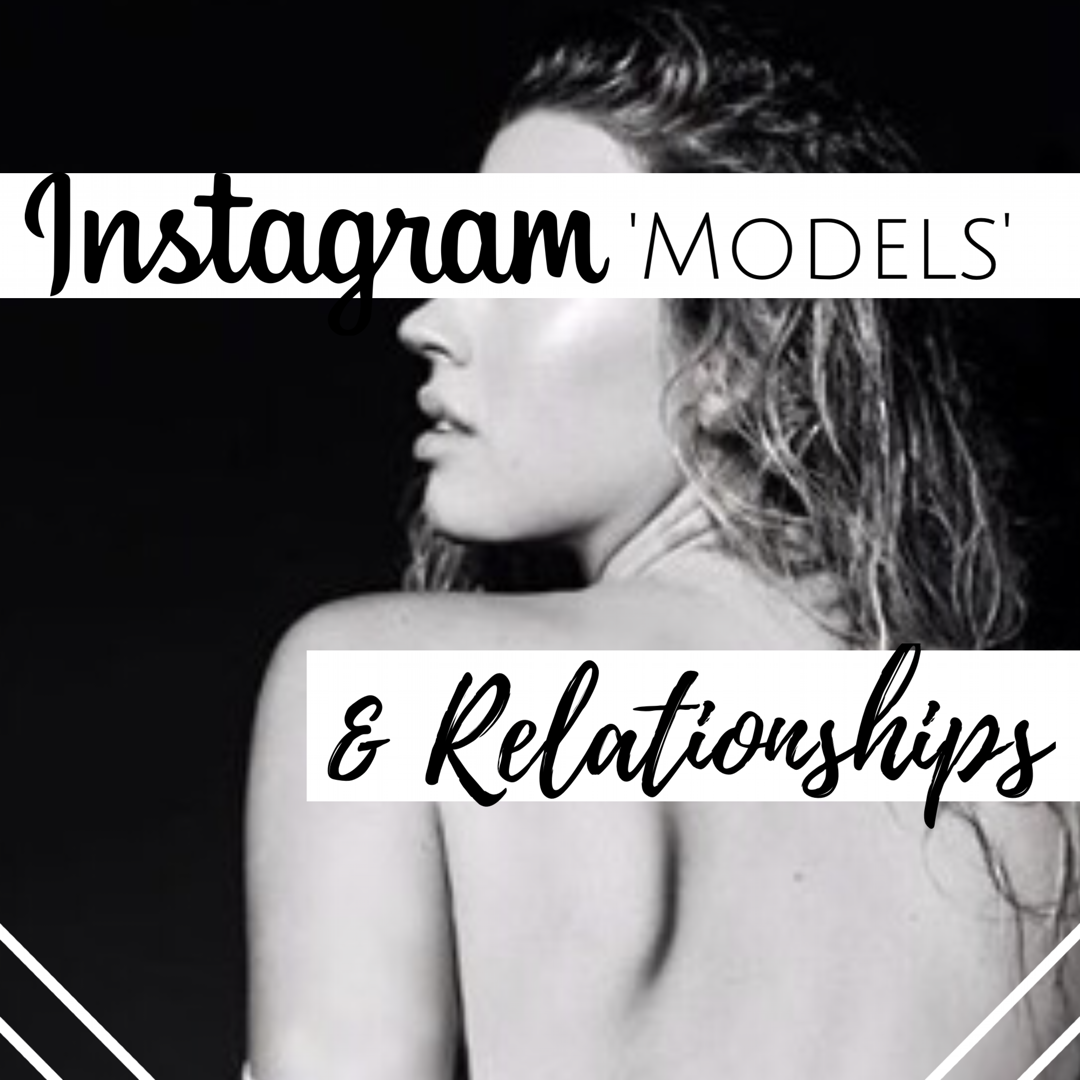 We were lying in bed one evening scrolling through his Instagram feed (I didn’t have my own social media at the time) laughing at some of the posts when one, in particular, caught my attention. It was a huge ass – literally – it was an “Instagram Models” account. I quickly handed him back his phone and said, ‘you follow these accounts??’ With a tone that would hopefully make him feel as stupid as I felt in that moment.

The truth is, I had known since the very beginning of our relationship that he followed “those” accounts, I just had never brought it up to him before. I didn’t want to seem like “that” girlfriend, it felt so petty and insecure – so I would passively bring it up in other ways, but this was the first time it was literally in my face.

In the past, I had told him about other friends who had dealt with this same issue in their relationships and how much it hurt them and made them feel insecure. I definitely had ulterior motives when I told him about these women and what they were dealing with, I wanted him to feel some sort of guilt. More than anything I wanted him to understand how it could potentially make me feel.

Should I have just been upfront with him and communicated my feelings? Absolutely. But like I’ve said multiple times in my past posts….pride.

Trust me, I get how anyone reading this could easily be thinking:

You’re absolutely entitled to your own opinions regarding this matter – obviously. These were also all things I told myself as well. But the more we went to church, the more I realized it is a big deal to me. My partner should respect and honor me in all forms – no, we weren’t married – but does that mean I shouldn’t expect those things until then?

While I’m on this particular topic I have to call myself out as well. There were things I did or wore at times during our relationship that didn’t necessarily respect and honor him, I can absolutely call myself out for being very hypocritical to my beliefs and values in those times. (I’ll save that for another post)

I know many friends of mine who have no issue what so ever with their partner following “Instagram Models,” they don’t understand why I or other women for that matter would even care, “it’s not real.” I can understand where they’re coming from, but I still stand by my feelings regarding it all.

I’ve talked about the subconscious insecurity I felt in this particular relationship – now add some IG Models to the mix and it definitely didn’t make for a great concoction. My partner lusting after these women – who look nothing like me – absolutely fed into my insecurities.

Is this actually his type?
Does he wish I looked like this?

If you know me at all, you know these are not thoughts or insecurities I normally have about myself. We all have “trigger buttons,” those sensitive subjects/topics that affect us in a different way because of our history with them. Lust is a big “trigger button” for me because of my experiences growing up. (That’s a whole other post)

The eye loves beautiful things, we can’t help but look at the beautiful people around us and I can appreciate that. He and I would look at people all the time together and point out their beauty. I was not so insecure or so jealous that he couldn’t find other people beautiful or attractive – that wasn’t it. These IG models aren’t selling beauty – they’re selling sex.

I have to make something very clear, I have no problem with women who have accounts like this. As I’ve always said, I’ll never judge or shame another woman in this way, that’s their business. My issue is never with the woman, I’m not in a relationship with them – I do not hold them accountable.

At the end of the day, I want to know my partner is working just as hard to protect “us” as I am. There’s temptation everywhere – so why invite it in?

I would really love to hear your thoughts/comments on this topic! (below)