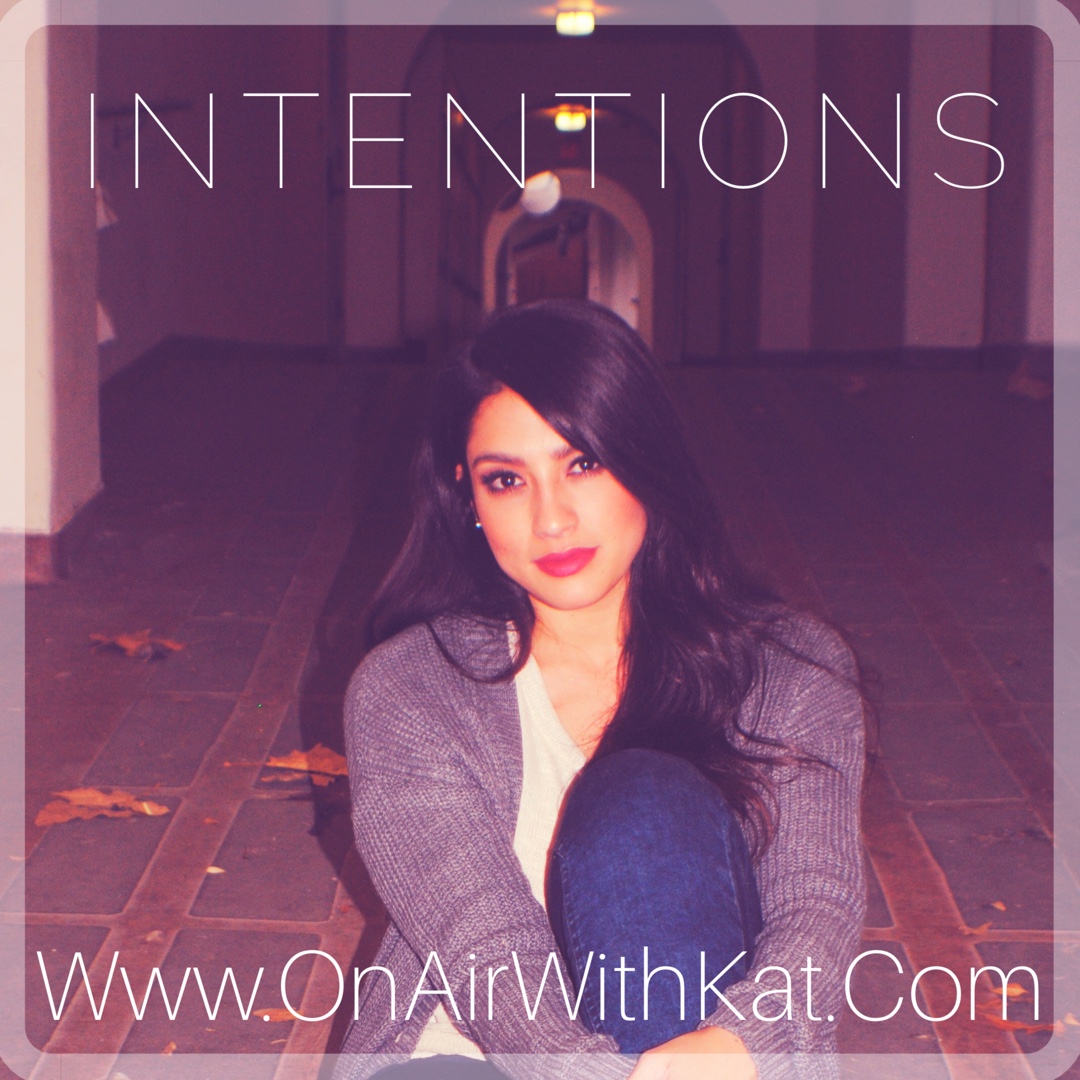 <In-ten-shuh n, noun: an act or instance of determining mentally upon some action or result; the end or object intended, purpose>

Before delving into certain words or topics I like to look up its definition so I can have a clearer and fuller understanding of its meaning. If I decide to write about it, I feel it’s only fair to share its actual definition before I get into my interpretation or perception of it.

I feel most of the times I’ve used the word intention is when I’m apologizing to someone, “I’m so sorry…that wasn’t my intention.” From my multiple experiences in using this word in my apologies I’ve learned it doesn’t really matter to people what your intentions were/are – in that moment what matters to them is how they received your words or actions and how it made them feel.

In the last couple of months I’ve really tried to focus on WHAT my intentions are before I say or do something (key word TRY).
I try and ask myself a couple different questions: Are my intentions pure? Are they self serving? Am I coming from a place of love? Do I have ulterior motives?

Again, no matter what place I may be coming from, I can never control how someone is going to receive my words or actions.

Within this last year I feel the way I looked at intentions completely changed. I truly learned the value and importance of communicating and letting them be known. Many of us are too scared to actually declare what our true intentions are.

When two people start dating I think there’s always the “What are we…where is this going?” conversation that eventually comes up. Don’t get me wrong, intentions aren’t written in stone so there’s a good chance they can change down the road, but I think it’s important to share with that person where you currently stand and where you would like to see things go. The two of you may be on completely different pages but never know it unless you have that conversation establishing each of your intentions with one another.

I was in a relationship for several years without us ever clearly establishing any long term intentions for our relationship. We knew we were in love, we knew we were happy together, but along the way I knew I wanted more. I’ve never been big on marriage or kids, it had always been a very whatever topic to me. However, at that point in my life I had also never been in love. I was in love now (I’ll get into that beast on another blog post), I now wanted these things I never really thought about before, and I wanted them with this man.

Here’s where it gets blurry.

I knew due to personal reasons, he had very different thoughts about marriage. Therefore, we very rarely discussed marriage or anything like that because I think we both knew we ultimately wanted different things in life. The longer we could put off actually discussing it, the longer we got to live in our bubble – where we were happy and in love and chose to avoid those types of conversations.

It’s crazy as human beings the way we are able to convince ourselves of almost anything. I was absolutely convinced that this mans views would change the longer we were together and the stronger our love for each other grew. I’m sure he was convinced that I would be happy with just being happy and in love and we could just call it a day.

Clearly this particular relationship didn’t last. I think failure to communicate our true intentions did a disservice to both of us and played a huge role as to how we ended up in the situation we were in.

One of my favorite poems by Rupi Kaur is:

“We began
with honesty
let us end
in it too

I think many times we’re waiting for the other person to declare their intentions first so that we don’t have to be the one to put it out there.

There is so much power when you vocalize and declare your intentions, or when you stop waiting and ask someone else what theirs are. It gives you both a chance to put it on the table and decide if either one of you wants to sit down and eat.

This doesn’t just apply to relationships or dating, but to every area in life. By making a conscious decision to make your intentions known it forces you to actually be honest with yourself about what you really want.

I think at the end of the day we all want and are deserving of truth and clarity – stop putting those things in someone else’s hands.